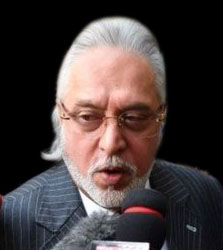 UK Home Secretary Sajid Javid has approved the Vijay Mallya’s extradition to India after the Westminster Magistrates’ Court ordered Mallya’s extradition on December 9, 2018.Mallya, can appeal against the decision of Javid within 14 days of the order and if he makes no appeal then within 28 days he will be extradited to India.

Union Minister Arun Jaitley said,”Modi government is a step closer to get Mallya’s extradition while the opposition is moving around the Saradha scamsters.”

Mallya, a 62-year-old, owner of the Kingfisher Airlines, is wanted for loan default of over Rs 9,000 crore from different banks in India and in the last month, a special Prevention of Money Laundering court in Mumbai declared him a fugitive economic offender under the Fugitive Economic Offenders’ Act, 2018.